The People & Culture of St. John 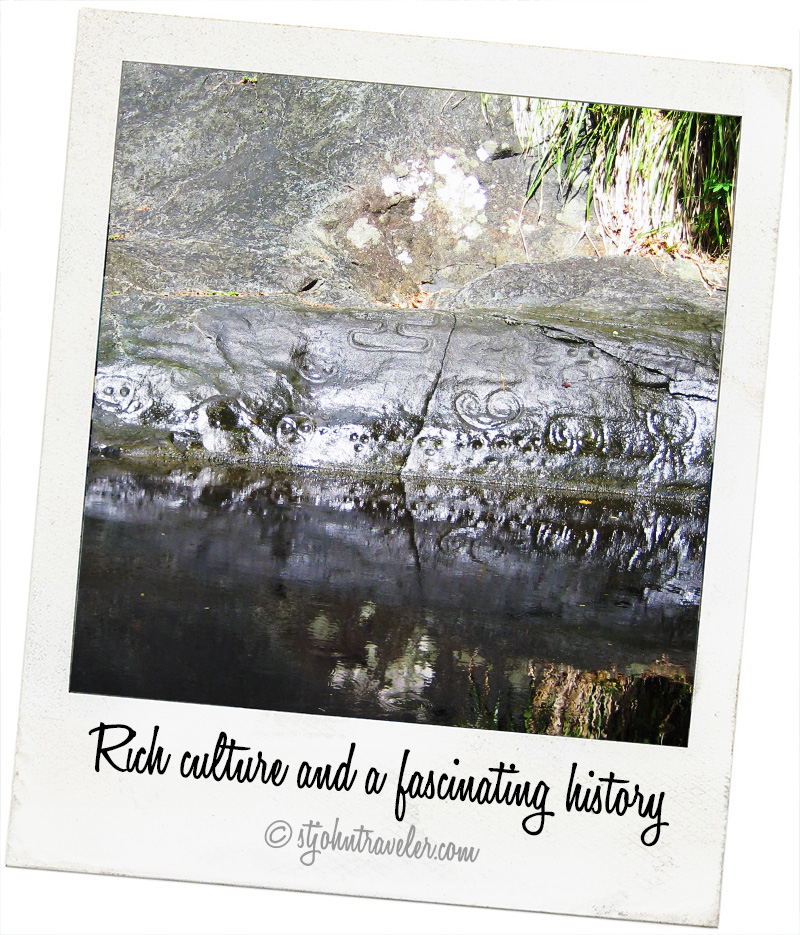 “The best of both worlds” is the most accurate way to describe the culture on St. John. With the modern conveniences of the United States, enjoying the spice of the tropics has become even more fun. On any of the U.S. Virgin Islands you are bound to see a major fast food chain offering hamburgers next to a thatch-roofed hut sporting hand made goods. Next to pre-packaged groceries you will be able to find and old fisherman ready to sell you the catch of the day. In terms of music, the people here are very eclectic. The general taste – reflected by the local radio station, storefront speakers and nighttime clubs – ranges from reggae to oldies, and from blues to rock ‘n roll. This is not to mention the upsurge of calypso music and the time-honored love of salsa, for those who really like to get down.

Although it is a sleepy little island, it owns a rich culture and a fascinating history. For thousands of years, ancient indigenous peoples of the Arawak and the Carib tribes inhabited the island. One of the few tokens of their culture remains in the form of mysterious images carved into stone. For the interested tourist, there are trails that will take you to see these amazing petroglyphs.

The ancestry of the people who are native to the island combines both Africa and Europe. There are a variety of reasons why this is so, most notably because of the lucrative sugar and rum trade that once surged on the island. In the early 1700’s European settlers – mostly British, Danish and French – found out that they could profit by exploiting St. John’s resources. They built up many sugar plantations, the ruins of which are still accessible to you and other visitors to the island. They also imported slaves from Africa. Years after the sugar trade died down, a member of the Rockefeller family bought up huge tracts of land on St. John and later donated it to the U.S. government so that now over three-fifths of the island is under the protection of the national park service. This is what helps contribute to the pristine and natural quality of the island. It also has helped to preserve the relics of the indigenous culture as well as the sugar plantations.

Today, St. John is a wonderful place to travel to, and like anywhere, it is important to follow the right etiquette when on the island. Although it is technically still part of the United States, the tropical influence has caused there to some differences that are worth noting. Presenting yourself well is important, and that means greeting people before negotiating prices or asking for directions. Since everything moves a little slower here, you have the time to say hi to someone – shake hands even – and ask how he or she is doing to develop some rapport before delving into the hard-hitting issues like, for example, how much that bracelet costs. Also, be careful how you dress when you are not on the beach. Generally, the bathing suit or bikini is not acceptable attire for walking through town, and you will be noticed if you don’t adhere to this rule. All in all, people are pretty laid back here. Just be sure to remember that this is their home and they would like to be treated well.

When going out to the cafés, bars and restaurants, remember that you tip here the same as in the United States. For non-U.S. travelers, that’s about 15%-20% of the total bill. If you go on a day-long fishing, snorkeling or sailing trip, it is usually nice to throw down a reasonable tip as well – the guides and drivers deserve it as they are usually quite friendly and helpful.

In addition to the normal list of U.S. holidays honored on the island, there are a few worth taking note of. These include Three Kings Day on January 6, Transfer Day – marking the sale of the Islands to the United States – on March 31, Hurricane Supplication Day on the fourth Monday of July and the local celebration of Thanksgiving on 3rd Monday of October. In addition, there is a 30 day festival for St. John that straddles June to July every year.

So, whether it is the impressive historical ruins left behind from the sugar refineries and the mill plantations or the dazzling friendliness of the local population, St. John will be very interesting to you.